Reckless driving in Georgia is a serious traffic offense, though it’s probably the most common charge used in DUI negotiations.  Under Georgia law, reckless driving is a 4-point offense that does not result in the suspension of your license.  For this reason, it is often sought in a DUI case where both the points are higher, as well as the license suspension. 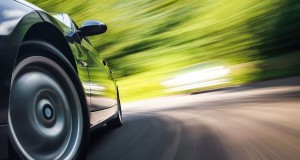 While reckless driving is a blemish on your driving record, it will (A) get rid of any license suspension from a DUI case, even a refusal case, (B) will remove the DUI suspension language from your driving record, and (C) not necessarily carry the same penalties and enhanced fines as a DUI charge.  However, often negotiations for a DUI to be dropped to reckless driving include a lot of the same terms and conditions of a DUI plea.

Reckless Driving on Your Criminal Record

In addition to lessening the impact a DUI will have on your driving record, a reckless driving will go on your criminal record as the outcome from your DUI arrest.  This is certainly beneficial, as you can honestly say you were not convicted of a DUI, but of a lesser charge.  Remember though, in Georgia, a DUI dropped to reckless does not get restricted or expunged from your record.  This means the DUI and reckless driving will be reported to database and those doing background checks, so make sure you disclose this.

Call Us to Discuss a Reckless Driving in Your DUI Case

If you have a DUI where you are seeking a reckless driving plea, or if you have been charged with reckless driving only, give us a call to discuss your case. We have handled about every scenario and set of facts that could constitute reckless driving in Georgia and will review your case to determine if we could use this charge to your advantage.