DUI per se charges are levied if you tested over the limit on either the Intoxilyzer test, or the state blood test.  In Georgia, the legal limit is .08 for drivers 21 and over, while it is .02 for minors.  If you test over either of these thresholds, you are facing a charge for DUI per se.

If you test over the limit, remember you will also be charged with DUI less safe, since it is an easier case for the state to attempt to prove and requires no blood or breath test to prove.  Read about what a DUI less safe case is. 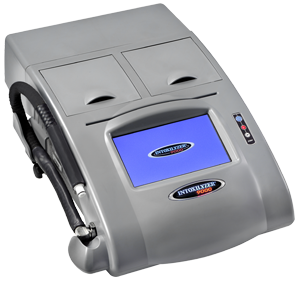 How to Fight DUI Per Se Charges

In order to effectively fight DUI per se cases, our firm keeps up-to-date on the latest in breath and blood testing protocols here in Georgia.  As of January 1, 2016, all state breath tests in Georgia must be run on the Intoxilyzer 9000 machine, which has been in service, to some extent, since 2014.  Over the past few years Georgia has transitioned away from the older Intoxilyzer 5000 machine, which remained largely the same since the mid-90s.

Fighting per se tests on Intoxilyzer 9000 tests involves getting full information and protocols about the particular machine you tested on, and then using our expertise to look for issues that will help your defense.  Thus far in Georgia, the 9000 has had a tough transition, with many officers opting to use the old 5000 machine until the last minute.  It will be interesting to see what types of issues we begin seeing more of now that the 9000 must be used in all breath testing.  As soon as possible after you have been arrested, write down the play by play on what happened during your testing sequence.  It is essential to have every detail possible, and often times there is no audio or video recorded during these breath tests.

You can also land a DUI per se charge if your blood sample was taken and tested over the legal limit.  This is something you will probably not know until months after your arrest, as all agencies in Georgia must send these implied consent blood tests to the state crime lab at the GBI.  Once tested, the blood results will be sent back to the arresting agency and their prosecution team so they can charge you appropriately.

We Know DUI Per Se Charges & How to Win.

If you have been arrested for a DUI per se based on a breath test, or have just received charges based on a blood test result, give us a call today to begin your defense.  We have fought many hundreds of DUI per se cases and know the ins and outs of Metro Atlanta courts when fighting these cases.  We can be reached at (404) 590-6642.