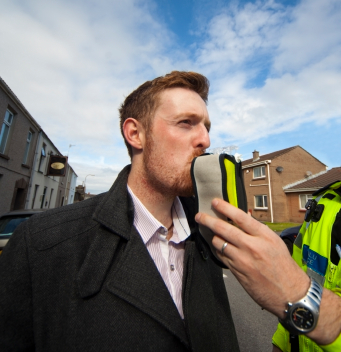 Often, clients come in with DUI charges who remember taking tests, yet they still have “REFUSAL” written on their paperwork, meaning they face much tougher license penalties.  So, what did the officer mean by “REFUSAL?”

In a typical DUI investigation, a cop can run you through anywhere between 0 and 6 or 7 tests.  These tests can be broken into 2 main groups: (1) pre arrest field sobriety testing and (2) post arrest chemical testing.  All pre arrest testing is optional (though you will never be told that).  So, following the pen, saying your ABC’s, even blowing into a breath test at your car, is all optional.  If you refuse, you are within your rights.  However, post arrest chemical testing- the testing done under Georgia’s implied consent law- is a different story.

Implied consent tells you that by simply using the roadways of Georgia, you must submit to testing of your blood, breath, or urine, yet then goes on to say that you may refuse testing.  Contradictory, yes.  Illegal? No.  When a cop reads you this implied consent notice and asks for a blood or breath test (99% of the time it is one or the other), you must submit to testing.  If you say no, this is where the refusal comes in.

If you refuse, cops can apply for a search warrant to get your blood. More often than not though, they simply mark you as a refusal and serve you with license suspension paperwork.  Make sure you keep all paperwork and read it carefully.  We will want copies of everything to verify what the officer has done.

If your ticket says refusal, then you are facing a 12 month license suspension just for this alleged refusal— regardless of what happens with your DUI.  However, if we can beat the DUI, or have it dropped to a lesser charge, then the refusal becomes a non issue.

Our Attorneys Know How To Beat Refusal DUI Cases

If you have been charged with a refusal DUI, call us today at (404) 590-6642 to begin discussing your defense.  We can be reached 24/7 and cover all Metro Atlanta courts.